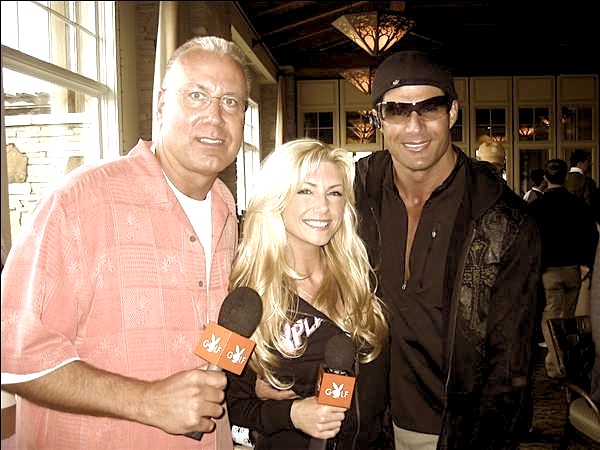 For Immediate Release: Los Angeles, CA-The highly anticipated, new season airing of ‘The Celebrity Apprentice’, is set for Sunday, March 1st on NBC. After last year’s ratings blockbuster, Donald Trump is back with a dynamic cast of brilliant celebrities. One of the celebrities participating on the show, has worked with In the Zone TV and “H” John Mejia. The beautiful actress/model, Brande Roderick, has co-hosted the ‘Playboy Celebrity Golf’ show with “H” John  Mejia. Brande is best known for her acting career and being Playboy’s 2001 Playmate of the Year. She has starred in such movies as Starsky & Hutch, Dracula II, The Nanny Diaries, Snoop Dogg’s Hood of Horror, and more. In television, Brande has starred in Baywatch Hawaii, Surreal Life, and now the upcoming season of Donald Trump’s Celebrity Apprentice. In print, in addition to Playboy, she has appeared in Maxim and FHM Celebrity magazines. She was ranked by FHM magazine in 2005 as one of the top 100 most beautiful women in the world.

(“H” John Mejia and co-host Brande Roderick, with former MLB player-Jose Canseco at the Playboy Celebrity Golf event) “Besides being one of the most hardest working actresses in Hollywood, Brande is one of the nicest co-hosts I have ever worked with!”, said In the Zone TV -CEO, “H” John Mejia. “Her great work ethic is combined with a sincere and warm personality. We are urging everyone we know to watch the show and support Brande’s quest to reach the top in Trump’s board room.” Also joining the cast are basketball legend Dennis Rodman, funny man Tom Green, country star Clint Black, ice skating legend Scott Hamilton, comedian Andrew Dice Clay, football great Herschel Walker, comedian legend Joan Rivers and Joan’s daughter, Melissa Rivers. “Last season’s ‘Celebrity Apprentice’ became one of the hottest shows on television — and this season will be even better,” said Trump in a statement released to Access. “We have an amazing cast of celebrities and we are looking forward to some fantastic entertainment.” In the Zone TV is based in St. Petersburg, Florida and is a full service Video/TV production company. They have produced national and regional TV shows on Fox Sports Net and on Comcast. They are presently launching a local TV show called “Good Life Tampa Bay”, a lifestyle magazine show that will cover the people, places and events that set the trend in the Tampa Bay area. They have won three Accolade Awards for their national Good Life TV show. In addition, they also work with many companies and help them use the power of video as an effective and powerful marketing tool to increase sales. For more information, check out their website at www.inthezonetv.com, call “H” John Mejia at 727-423-7536 or e mail him at: hjohn@inthezonetv.com                                              # # # _______________________________________________________________________